Yug-Neftegaz Private Limited has developed an innovative technique of vibration and impulse seismic data integration for seismic surveying in transition zones. The technique has successfully been applied. At the same time, we have completely abandoned the use of explosives as a seismic source.

For this purpose, our company has designed and manufactured a universal floating electromagnetic impulse seismic source. This source allows for seismic surveying in hard-to-access areas such as:

Such source has minimum impact on the environment and it has successfully been applied in seismic surveys in the areas inaccessible for conventional seismic sources. 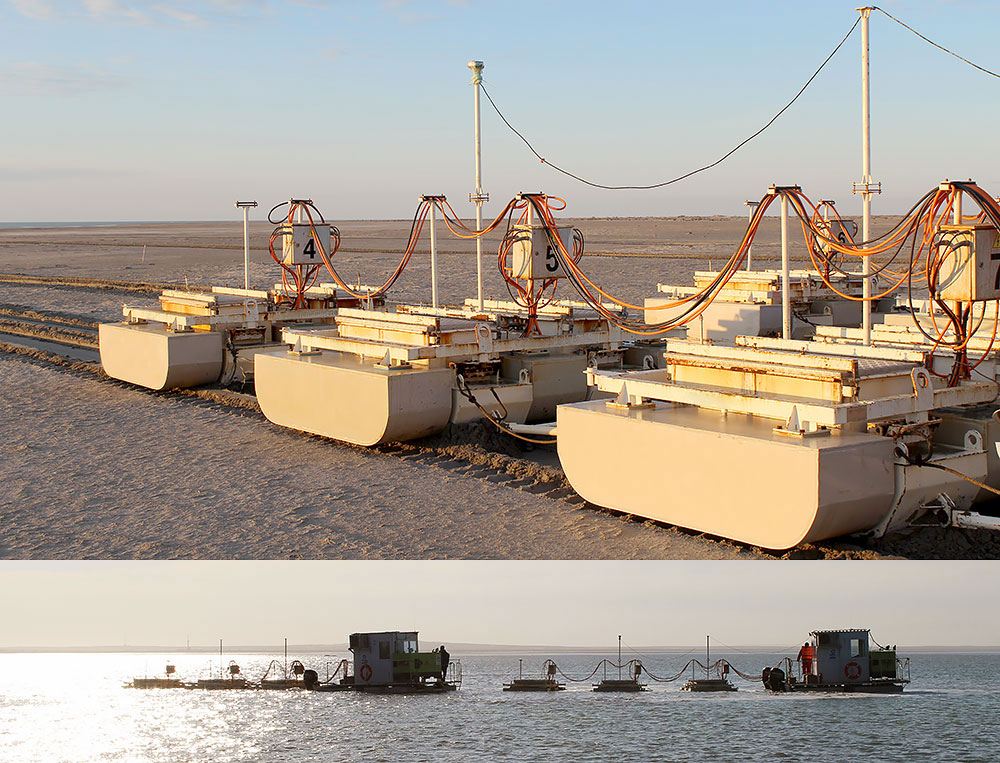